Laser tag biathlon is a perspective trend. Its advantages have already been recognized at numerous exhibitions, including the RAPPA Expo 2016, the Innovations Day held by the Ministry of Defense of the Russian Federation, Moscow City Day. The Russian federation of laser biathlon has been taking active interest in this trend.

The reasons for this are clear. Laser biathlon lowers the minimum age limit. While the recommended age to start training in the common biathlon is 8 – 11 years, using a laser tag rifle lowers this age limit to 6 – 7 years. 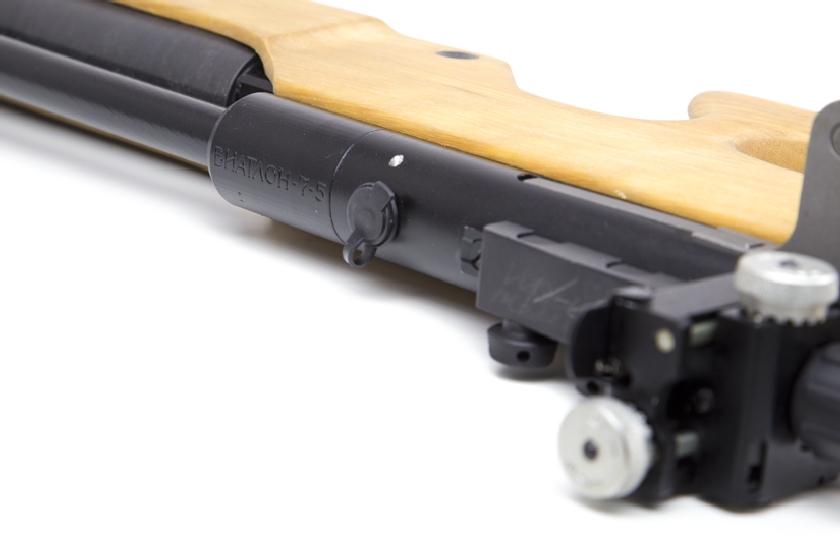 The new development is a money saving purchase. In biathlon, a sportsman may need to spend dozens of thousands roubles on training pellets. Laser tag technologies are more economically sound – there is no need for extra spending in the process of training.

In biathlon 2.0, the list of advantages is not limited only by these two aspects. The second version is a technological revolution. New circuit design, ILD of the visible light spectrum, a BI-7 biathlon rifle and a target suitable for firing in different positions. More about all the advantages below.

Based on the original sports rifle BI-2. In the process of integration, we’ve managed to preserve its tactical and technical characteristics. The laser tag set is a true copy of the prototype rifle when it comes to its weight and experiences from shooting. 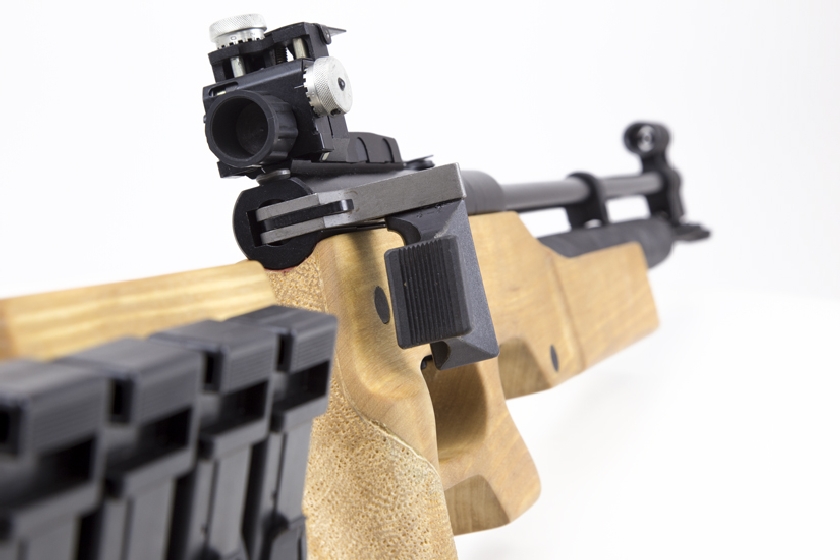 The BI-7 is known by its professional trigger and a reliable reload system. The multiple tests it has been through showed that the rifle will withstand dozens of thousands of shots and reloading, which is one of the essential parameters for seasonal training.

An ILD of the visible light spectrum has been introduced. We have made the shot visible – the hits can be seen with millimeter precision. The process of shooting adjustment has been simplified.

As we developed the IDL, we considered the technical requirements of the LASERWAR engineers. The laser length will encourage a sportsman to be more precise even when aiming from short distances to the target. Speaking about a distance of 50 metres, here the area of laser tag shot is same in size as that produced by a biathlon pellet.

To turn the BI-7 on or off, use the button located at the front of the device. It will only take 1 – 2 seconds to activate it. Same time is required to insert the magazine into a gun or return it to the original position. 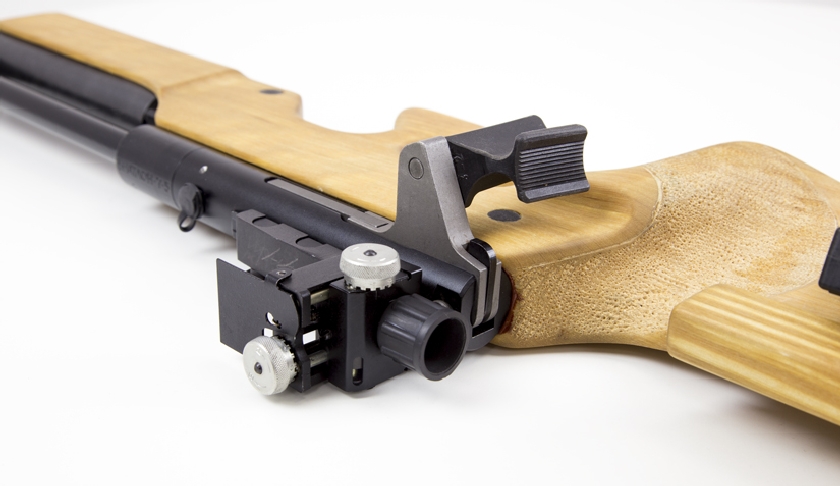 A doubting Thomas will certainly say: “Visible light spectrum, easy shot adjustment, shot area same size as that of the one produced by a bullet, activation that imitates rifle reloading – all is great. But how about recoil? The laser tag rifle does not have one!”

A reply to this will be – a sports rifle does not have one either. It does produce a strong flap and a loud sound, but there is hardly any recoil. 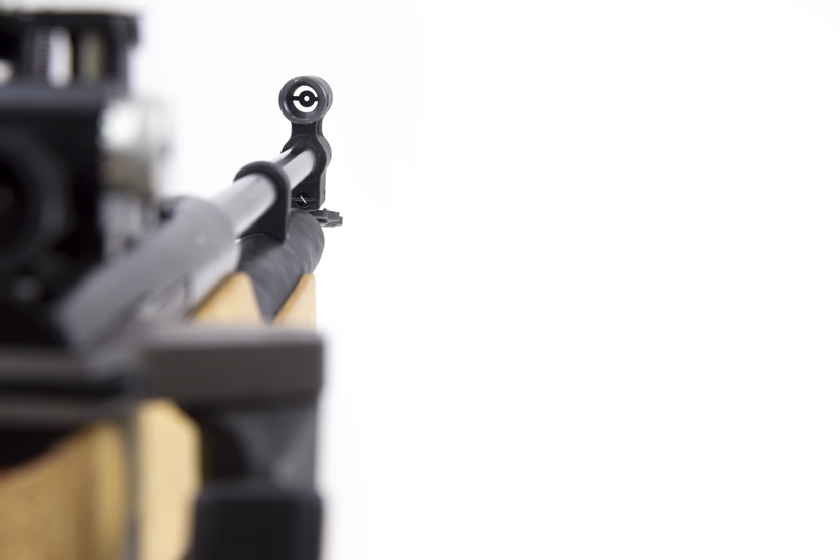 By the way. As to the sounds, they can be turned off if there is no need to voice over how many shots have already been fired. They can be left on for biathlon beginners.

The system of storage battery has been improved. The rifle uses a lithium-ion accumulator. It can be charged using any 5 MW device with a mini-USB jack.

The target has been developed for large-scale manufacturing. It is made from a waterproof material. Due to the mechanism used in its construction, its weight has been decreased. Now the target can be easily disassembled and moved to a different place. Unlike an electronic shooting range, where you have to stay inside the premises, the biathlon 2.0 is mobile and comfortable. 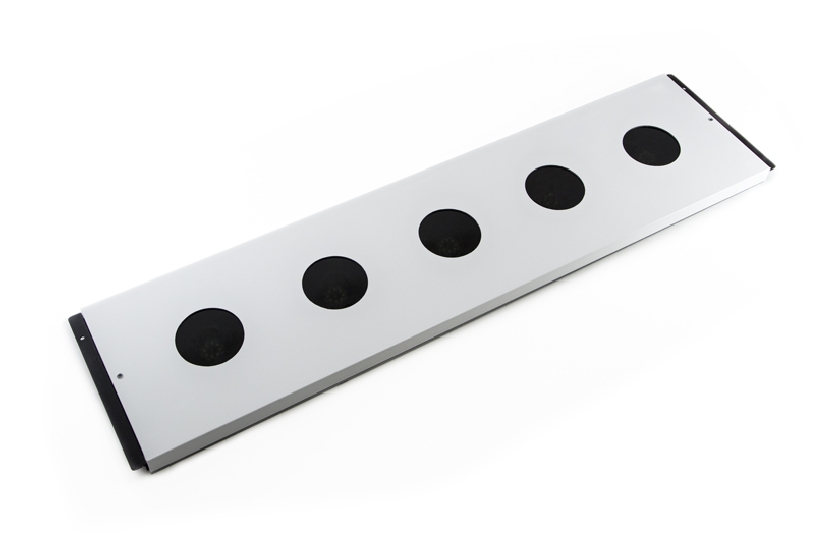 The mount system has been simplified. It will take seconds to screw the target to a stand. In its construction, we have used a special panel which can be used to change the diameter of the target. You have two classical biathlon versions to choose from: 45 mm and 115 mm. The target can be quickly transformed for firing when standing or lying down. Now young sportsmen have an instrument for rigorous training. 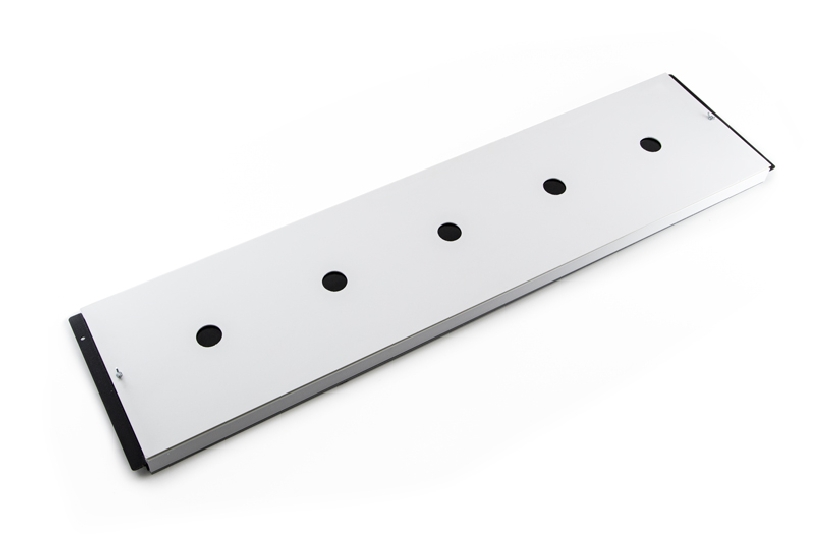 The device is fitted with totally upgraded electronics. We have installed new circuit design boards for the hit sensors. Now the biathlon 2.0 is fitted with numerous photo sensors, instead of just one. Due to this, hits are registered not only at the centre, but also around the edge rim of the target. While testing the target, we received great results: laser spot gets registered throughout the diameter of the target, and there is no false activation outside of sensors zone.

Laser biathlon 2.0 is yet another step in the development of military tactical games. We have set the level which is typical of the professional training equipment. The laser tag set is great value, it is easier to use, while the experiences you get from playing with it are close the real. The biathlon can be used to train young sportsmen, to prepare them for real competitions. Our equipment is about to be used with this purpose in Belarus, Yakutsk and Moscow. We have come to preliminary agreements with the Russian Laser Biathlon Federation.